Officer Who Served In The Indian Army, Navy And Air Force Turns 100 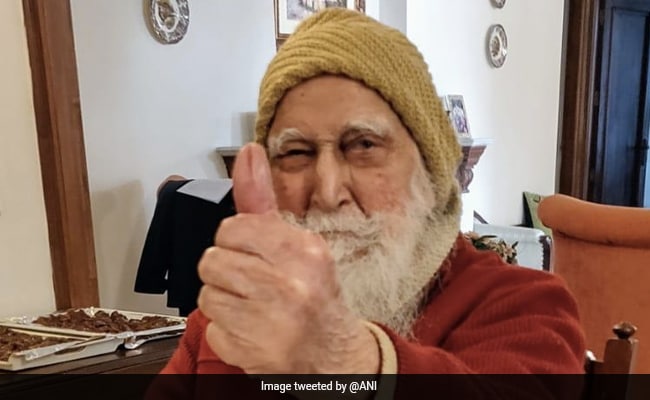 A retired officer who served within the Indian Army, Navy and Air Force celebrated his 100th birthday immediately. Colonel Prithipal Singh Gill (retired) is the one officer who served all three models of India’s defence companies. He began his profession within the pre-World War II period as a younger pilot within the Royal Indian Air Force. Colonel Gill then sailed the excessive seas with Indian Navy and later was a Gunner Officer with the Indian Army. The veteran served in the course of the World War II and the India-Pakistan battle in 1965. Before retiring, Colonel Prithipal Singh Gill was a Sector Commander with the Assam Rifles in Manipur.

People on social media have been wishing the veteran who gave a ‘thumbs up’ to the digicam on his birthday. “Col Prithipal Singh Gill (without family consent) joined the Royal Indian Air Force and was commissioned as Pilot Officer stationed at Karachi, flying Howard aircrafts,” Lieutenant General (retired) KJ Singh posted on Twitter, together with a latest photograph of  Colonel Prithipal Singh Gill and one other one as a younger officer within the forces.

Lt. General KJ Singh shared Colonel Gill’s spectacular profession on Twitter. Colonel Gill served on a mine sweeping ship and INS Teer. He was additionally a part of a Navy escort workforce for cargo ships in the course of the World War II.

Colonel Gill even trained at the School of Artillery in Devlali and was posted to Gwalior Mountain Battery. He “raised and Commanded 71 Med Regt in 1965 battle”, according to Lt General KJ Singh. After an exceptional career in the Air Force, Indian Navy and the Indian Army, Colonel Gill retired to farming at his native village in Faridkot.