How The Artist Project is supporting rural artisans during the pandemic

On an Instagram submit by The Artist Project, that includes a round acrylic portray of seagulls, a bidding battle has ensued in the feedback. “4000” feedback one consumer, “4500” says one other. “5000” says the third, outbidding the others. In the subsequent three days of posting that portray, it is offered to the highest bidder.

Since June, many such work have been auctioned from this Instagram account, for this is how Chennai-based architect Abhinaya Rangarajan, founding father of the not-for-profit, is elevating funds for rural artisans. 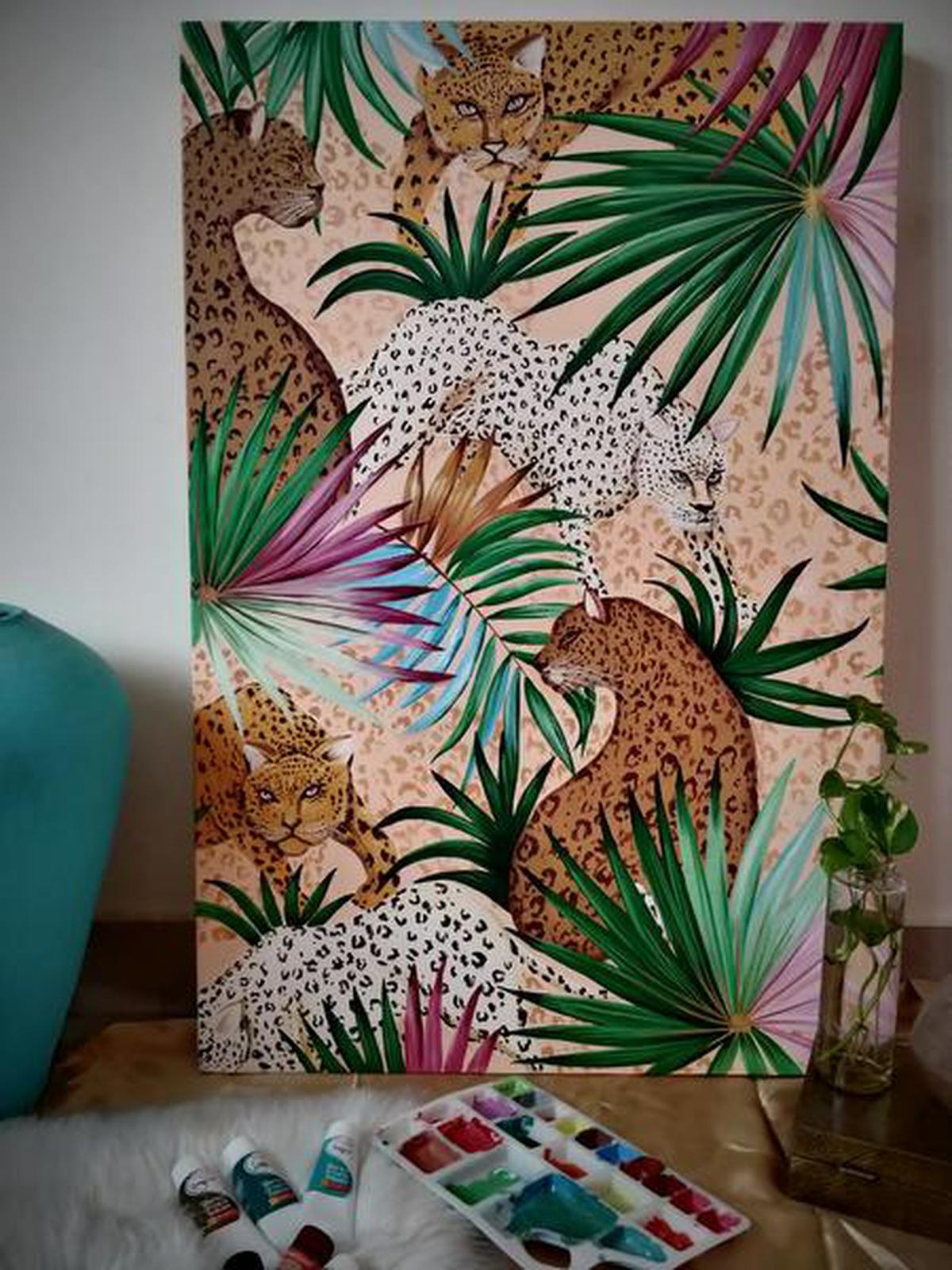 “The Artist Project was started as an initiative where we work with rural artisans who do not have the access or means to put their work online. Their work may even sell internationally, but it is often the middlemen who earn the most. So we reach out to them, give their work more visibility online, and get them orders so they have a steady source of revenue,” explains Abhinaya.

The account had not been very energetic since mid-2018, till the pandemic hit. “We started receiving requests from the artists we work with, asking us if we could help sell their products,” she provides. Abhinaya says they presently have 10-15 artists of their roster, from throughout the nation: Puducherry, inside elements of Andhra Pradesh, a few villages close to Jaipur, in the Kutch area and in West Bengal. “Some of them are a lot more active than the rest, and once they manage to sustain their business without our help, we let them be and take on another artist on board.”

With the pandemic, says Abhinaya, the hardest hit artists “are those that run small businesses, who sell out of push-carts or tiny stores. They depend on the workshops provided to them by the Government, and rely completely on footfall”. One such artist on board with them is Puducherry-based Muthulakshmi, who does crochet. At 35, Muthulakshmi, who had been educated by a French nationwide in her hometown, began Gokulam Crafts, and now works out of a Government workshop. Through its varied auctions to date, The Artist Project raised near ₹22,000 for Muthulakshmi and her household.

“Apart from the auctions, we also promote our artists’ works on our account. They are priced between ₹300 and a maximum of ₹3,000. We realised that fundraising through auctions would be more immediate and effective for now,” she says. 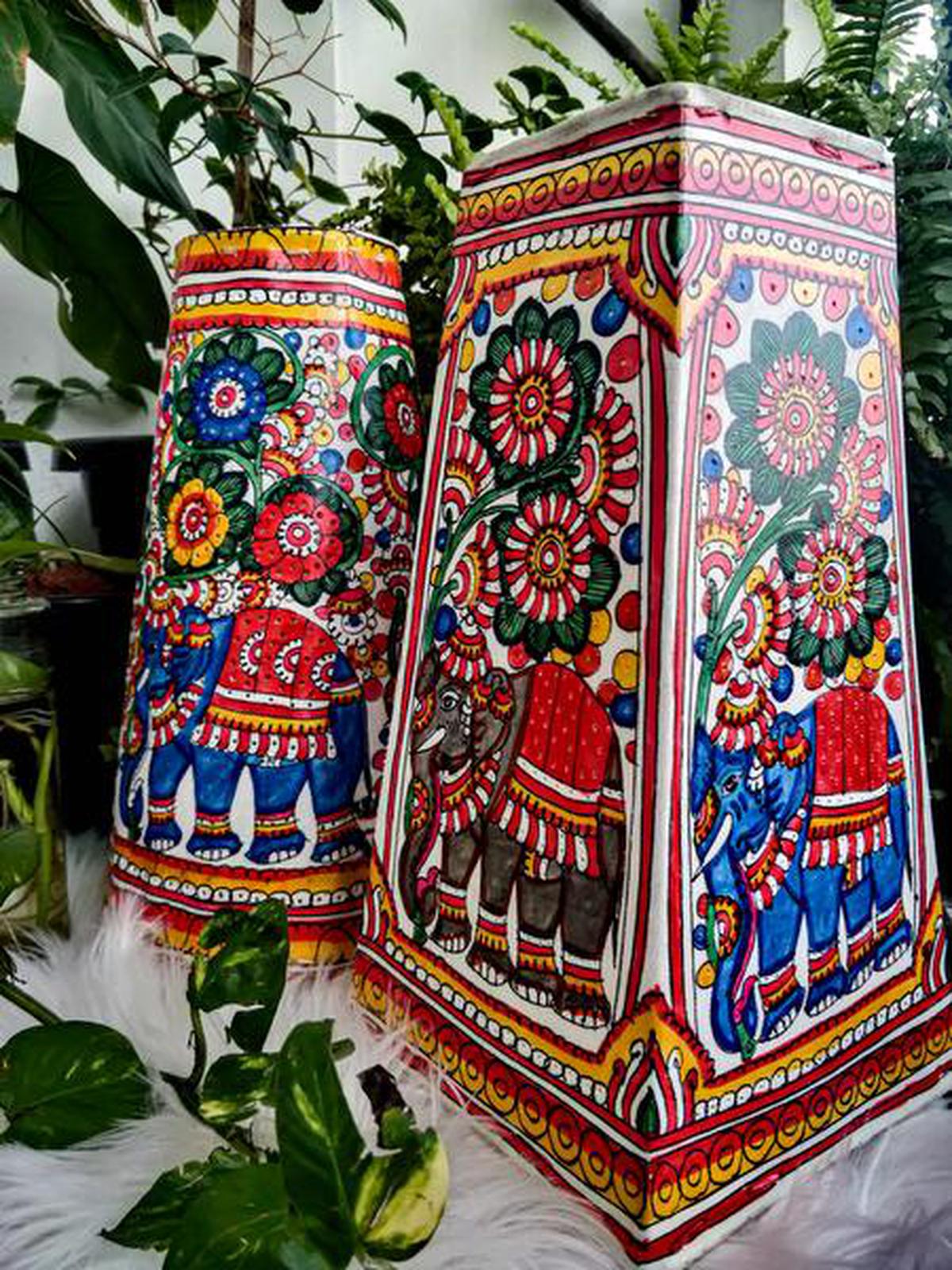 For the auctions, many up-and-coming artists have volunteered their work, from Goa-based photographer and painter, Richa Kashlekar to Hyderabad-based Malvika Jey, and Abhinaya herself. “We put up a post of the painting with its details and opening bid, and invite people to bid in the comments for three days,” she explains the course of. Sometimes, bidding occurs privately. “We then DM to check if it is a legitimate bid.”

This week, pottery by Gopal Lal from Kotjevar, Jaipur has been featured. Gopal, who runs a fourth-generation establishment that crafts Jaipur-style blue earthenware, has coached and upskilled most of his village. His handpainted animal motif plates at the moment are up on the market.

Works featured on The Artist Project ship all through South India. Contact [email protected] or go to @theartistprojectindia on Instagram.